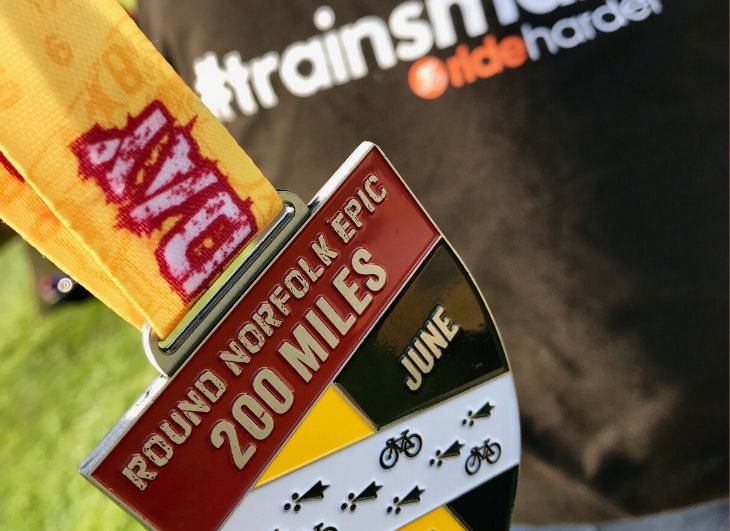 If you want to see the whole of Norfolk in a day on the bike then this event is for you! The event follows the perimeter of the entire Norfolk border taking in all of the stunning coastline.

When you sign up to a 200mile sportive you know it is going to be an early start on the day and this did not disappoint as I set my alarm for the 3am wake up call to drive to Great Yarmouth for the event start at 5am! Luckily the weather was good and there was a real buzz around the start line with excited & nervous riders.

I always find the cycling community quite small with everyone knowing everyone else and being Norfolk this is even more the case so I found myself chatting to quite a few riders as we headed out on the deserted roads.

Despite there being around 200 riders that had signed up to the event myself and Rob soon found ourselves riding on our own until a lone rider joined us who had limited group riding skills and was given a crash course by Rob. Once at the first feed stop we traded him in for a slightly larger group and made our way to the second stop for lunch. 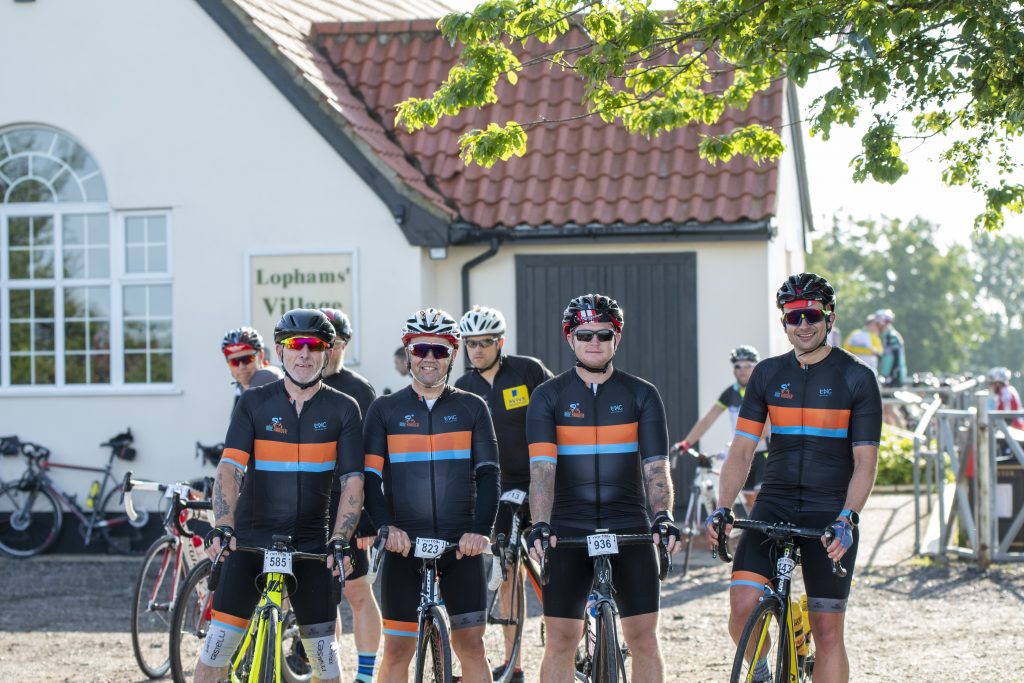 Even though Norfolk is notoriously flat is doesn’t mean it is necessarily easy and as we battled the strong headwinds of the flat fenlands we were pleased to see the feed stop knowing that the wind would be blowing us round the second half.

Whilst I have completed many sportives I have to say that Norfolk Cycling Events put on one of the best when it come to the variety of food at the feed stops with some great savoury options such as crackers/cheese and sausage rolls. Now although these may not have had the best nutritional value they are a pleasant alternative from the normal energy food that is on offer. It was also a nice touch to have free tea/coffee available which was made by the very helpful staff and they even had free chamois cream available if you wanted it which was luckily in a squeezy tube rather than a pot so no risk of double dipping!

Once through Kings Lynn it was onto the beautiful North Norfolk coastline with views across the marshes out to sea which really helped mentally distract you from the distance as we were well into our second 100 by this point.  Up until now the weather had been pretty good however we got caught in a few showers and at times felt like we were chasing to stay in front although the clouds were faster than us this time!

Up until 180miles into the ride we had been riding pretty well as a group and close to averaging 20mph until a slight clash of wheels and “men down” with one woman thrown in for good measure! Luckily nobody was seriously injured and just a few cuts and lots of bike debris on the road! Once we had made the bikes rideable we made our way gingerly to the finish line to collect our well-deserved medal and t-shirt along with a cheeky burger. I asked Rob for the meat free option and I could not even tell the difference, tasted exactly like beef 😉

All in all a great day and another event ticked off the list. Having lived here all my life I take the scenery for granted however if you have never ridden here then I would highly recommend it.

Here is the Strava link to the ride and if you want to ride the course yourself then you can download the route here.