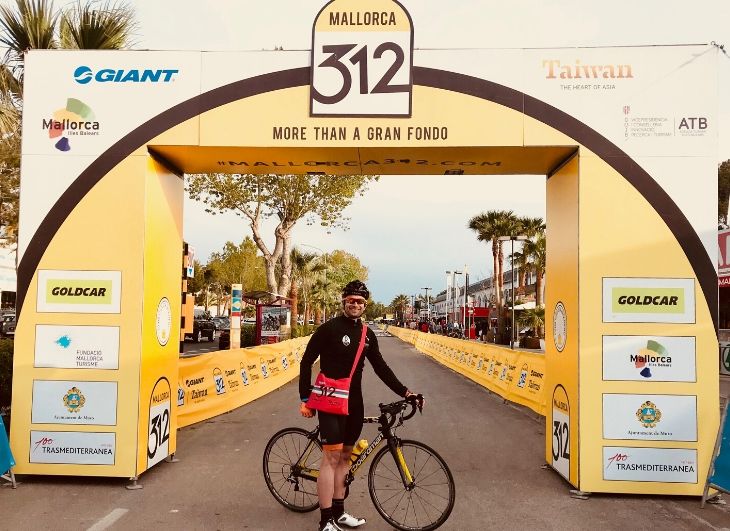 I entered this event some time ago as has been on my list to do but sells out fast so didn’t want to miss out! The plan was to loose a few kilo’s over the winter in preparation for the climbing but alas failed to hit ‘racing weight’.

The event consists of 312km with 16,000ft of climbing and you have 14 hours to complete it in. The event starts at 7am for the fast boys but as there is 8000 taking part it can take up to 30 minutes to get across the line which eats into your cut off time. With this in mind I decided to try and arrive early to miss the queues but everybody has the same idea in mind!

Being the only rider in the hotel taking part they were not too accommodating in opening up early for breakfast so my first issue of the day was to make it to the first feed stop at 92km on limited supplies! I had 4 cereal bars, which I thought added up to about a bowl’s worth and 2 bananas but missed my morning coffee!

I managed to get across the start line in about 11 minutes which I did not think was too bad all things considered and we headed out for the first 25k of pan flat riding in big groups so flew to the first climb and that is where it ended! My plan was to stay in zone 2 for the climbs and save some energy so I dropped into the small chain ring and up I went!

The first half of the event is where the majority of the climbing is and you have 4.5hours to get to the checkpoint at 92km, which actually turned out to be more like 98km! Having no idea how to pace it with the hills it was more luck than judgment that I arrived with 4 minutes to spare where I was pleased to see my mate Travis and more importantly plenty of food! 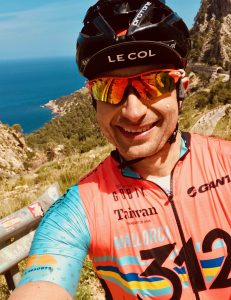 The scenery was absolutely stunning and the climbs just went on and on but I stuck to my plan and road to my power targets while enjoying the view! Arriving at the 3rd feed stop at 135km I have to attend to a little maintenance to my front mech as I was unable to get all gears. As we left the feed stop I recall Travis saying you will be fine now anyway, just stick it in the big ring and grind it out. I did have to laugh to myself after climbing for around 30 minutes in the small ring thinking that fixing it was a very wise move!

In the race briefing we were told that there would be a group of riders in green polka dot jerseys they would be riding at the exact speed to reach the finish in the cut off and they would be helping to motivate struggling riders and it would be like a bit of a carnival feeling. Now they came past me 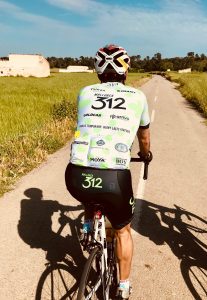 like a rocket at around 185km and I managed to stay on their wheel for about 500m before I was dropped! I arrived at the next feed station and realised that there was a second cut off at 4pm, the time was 4.10pm!

I was gutted as knew I would have made the final cut off and the second half was flatter and coming from Norfolk this was my thing but thought never mind I will blast it back to complete the 225km ride then do my own thing to make it up to the distance. I rode hard with a few guys only to get to a split at 220km where the 312km was still open and straight on so continued at a much more leisurely pace!

Now I never really understand the course profile chart as on paper the second half looked liked a piece of cake with only a few little bumps but for me there was still some tough climbs. I guess it is all relative to the bigger climbs earlier but I’m sure they could have made the peaks on the chart a little bigger just to warn you! 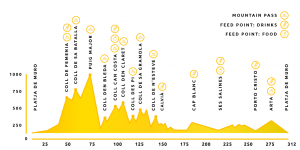 Even though there was less climbing the headwind still made it tough even though was much flatter than earlier! I met a guy with 50km to go who was struggling a little but said should be fine as it was only 6pm so still had 3 hours to go. Unfortunately he had not changed his watch time as it was actually 7pm on mine so went upon braking the news to him and you could see the realisation tick over in his brain and his heart sunk! 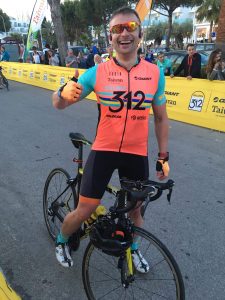 It wasn’t long before I heard the ‘green polka dot brigade’ coming up behind me again. There is nothing more motivating than what felt like a pack of wolves chasing me down! I got swallowed up before the last feed station but what they failed to tell you is they spend much longer at the feed stations than needed and especially at the last one as they were enjoying a few of the free beers on offer which I decided to decline as not sure I had it in the bag yet. There was still 30km with just over an hour to go I thought I would just push on. 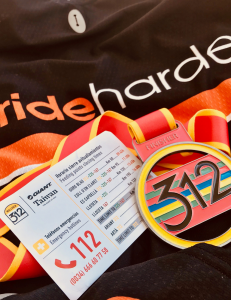 to spare as I crossed the line! My actual ride time was only just over 12hours so it goes to show how efficient you need to be with the time off the bike.

Overall it was a great event and I would fully recommend it to others!